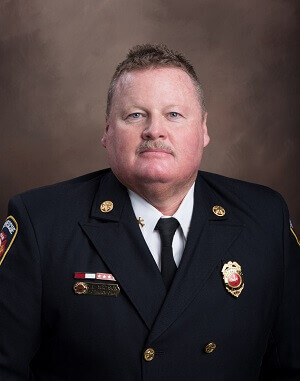 Chief Watson began his fire career in 1990 with the Enterprise Fire Department and became a member of the Dothan Fire Department in 1994. As a captain he was stationed on the Hazmat team with Engine 2 as a Paramedic. He was promoted to Chief in 2012.