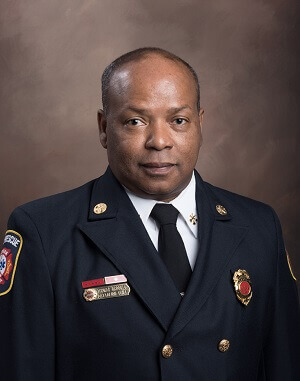 Chief Groomes began his Fire Service career in June of 1994 soon after exiting the U.S. Army. Chief Groomes worked in operations for 15 years where he was a Paramedic as well as a member of the fire department hazmat team. In 2009, Chief Groomes transferred to the Fire Prevention Division where he was a Fire Inspector/ Fire Investigator for four years. In October of 2013, Chief Groomes returned to Operations Division upon promotion to Battalion Chief.